Why You Shouldn’t Ignore Your Failure 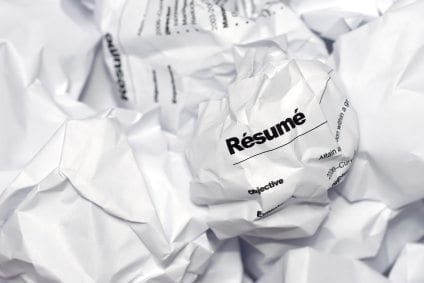 Failure is a tricky thing. It’s rarely acknowledged, and when it is, it’s quickly followed up by a, “But here’s how we’ll avoid it next time.” Particularly in business, failure is not typically something to be analyzed or studied; it is supposed to be brushed under the rug as quickly as possible. But while no one strives for failure, there is actually a lot to be learned from acknowledging what went wrong at work and why it happened. In fact, acknowledging mistakes whole-heartedly is often an effective way for a business professional to enhance their company’s brand in the long run. This kind of candor is unusual, and may lead to some insights that shape company policy and make the business more effective in the future.

This idea of acknowledging failure is catching on in the business world. Bessemer Venture Partners is one such group that has begun to see the importance of doing so. On the business’s website, there is a catalog of professional hiccups called the “Anti-Portfolio.” For example, one of the firm’s partners skipped a chance to invest in PayPal, which ended up selling for $1.5B. The business also passed—seven times, nonetheless—on the opportunity to invest in FedEx, which is currently worth $30B. Another dazzling mishap came when partner David Cowan passed up the chance to meet Larry Page and Sergey Brin, co-founders of Google, back when they were just students at Stanford trying to build a search engine.

However, despite this seemingly major misstep, David Cowan still regularly tops Forbes’s Midas List as one of the top venture capitalists in the world. He is known for turning startup investments into major successes. Owning up to his failures, in part, is what has allowed him to continue enjoying productive business ventures.

Though the “Anti-Portfolio” on Cowan’s company’s site is light-hearted, there is an important message behind it: mistakes are teaching tools, and in many ways are more powerful than victories. Owning up to failures allows a business professional to avoid similar errors in the future, and makes room for an honest conversation about what works and what doesn’t in that particular field.

In fact, this concept of understanding and embracing failure is spreading to Silicon Valley, where “failure conferences” are becoming a staple. There are even classes where teachers ask students to write a failure resume that sheds some light on their biggest mistakes and stumbling points over the years. Tina Seelig teaches one such class. She explains the benefit to this approach, noting that when her students view their experiences through the lens of failure, they are able to resolve these issues and recognize the mistakes they have made along the way.

The reason why this unusual way of approaching failure is so innovative is because admitting defeat is hard. Most people would much rather receive praise for their successes than dwell on their failures. In fact, they might like to pretend that their failures never happened. But these conferences and classes and exercises aren’t about moping around over missed opportunity. In fact, quite the opposite is true. They are about acknowledging errors, and owning them on both an intellectual and an emotional level, thus coming to terms with what went wrong.

For a smart and successful person who is used to talking and hearing about personal success, this concept of embracing failure is a challenging one. It is not something that is typically done in business, so the professional will need to first acknowledge its benefits and then get used to the process. Analyzing failure may feel uncomfortable, and will certainly prove challenging at first. However, over time, the task will become easier and the results will be fruitful. When a person is able to face what went wrong, it is far easier for them to correct these mistakes and prevent them from happening again.

Chic Resumes by Grammar Chic, Inc. provides professional resume writing services and other career support writing options to entry-level, advanced and C-suite job seekers worldwide.  For more information about our services visit www.professionalresumewriters.net or call 803-831-7444.  Chic Resumes by Grammar Chic, Inc. is on Facebook and can be followed on Twitter @ChicResumes.