Think Twice Before Lying on a Resume 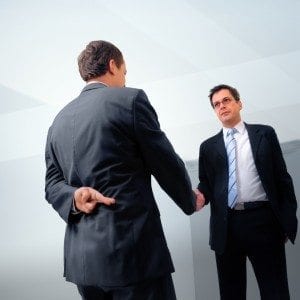 Perhaps job seekers are motivated to fudge their years of experience in order to land an employment opportunity. Maybe some have found that faking expertise with software is the way to gain an interview. Others may find that falsifying their educational background is just a way to get in the door in a competitive job market. Whatever the case—lying on a resume is never a good idea, even if the falsified information seems trivial.

Employers Are Catching On

While many applicants may think that resumes are just processed through employer and recruiter systems, it is important to recognize that most will verify any relevant information. According to one report from AvidCareerist.com, employers will verify important facts including previous employers, degrees, certifications, employment dates and even specific titles and responsibilities. With 76 percent of employers estimated to verify resumes, it has become increasingly clear that all job candidates need to make sure their facts are straight.

Lying on resumes has become such an epidemic that researchers have recently announced findings on why so many people do it. According to a recent NBC News article, “Experts say people who lie on their CVs are likely to have been unemployed for a long time and appear to be motivated by jealousy for other people who have landed jobs when they haven’t.”

The same report notes that a 2008 CareerBuilder survey found that “nearly half of the hiring managers surveyed had caught someone lying on a resume at some point,” yet “less than 10 percent of workers surveyed admitted to lying.”

While fibbing on a resume is not a new concept, the prevalence of the activity has gained much attention from the media in recent years—just one of the many reasons why it is never a good idea to lie on a resume.

Why Faking a Resume is a Bad Idea

The consequences of lying on a resume can be extensive, ranging from not getting a call back for consideration to experiencing charges of fraudulent activity. Those who have lied on a resume or are thinking about it may want to consider staying honest to avoid pitfalls such as:

Most recruiters who detect a lie on a resume will immediately throw it out. Even worse, employers may permanently blacklist candidates that have lied, preventing them from all future job opportunities.

Google is no longer a tool to search for businesses and information; many employers and recruiters run searches on job candidates to learn more about their history and personality. While an applicant’s online persona may not be career-related, some may come across information that does not match up to what was listed on a resume—leaving the job seeker with little hope of getting hired.

In some cases, lies on a resume may go unnoticed and actually allow the candidate to get the job. However, if the employee lied about having certain qualifications, he or she may face obstacles when having to produce required work. Not only can this result in stress on the employer, but it could also put the company and consumers at risk, depending on the nature of the position.

For those who are hired and found out to have lied on their resumes, immediate termination is a major risk. While getting fired is no picnic for any professional, the event could come back to haunt them. If future employers verify work history, they may end up getting poor feedback from the past employer who discovered the fraudulent CV.

Although many fraudulent resumes will only get one fired or not considered for a job, those hired under false pretenses may be at the mercy of the court. Employers who discover that an employer’s resume featured false information have the right to seek legal action, which can entail a wide variety of serious consequences for those who commit “job fraud.”

“Stretching the truth” on a resume can be really tempting, despite the consequences, in today’s tight and competitive job market. However, we at Chic Resumes advise all job candidates to stay honest in their job search to make sure they embark on a career path that is genuine. Those who are having trouble staying truthful and appealing on their resume are invited to review our resume services that can boost employability without false information.